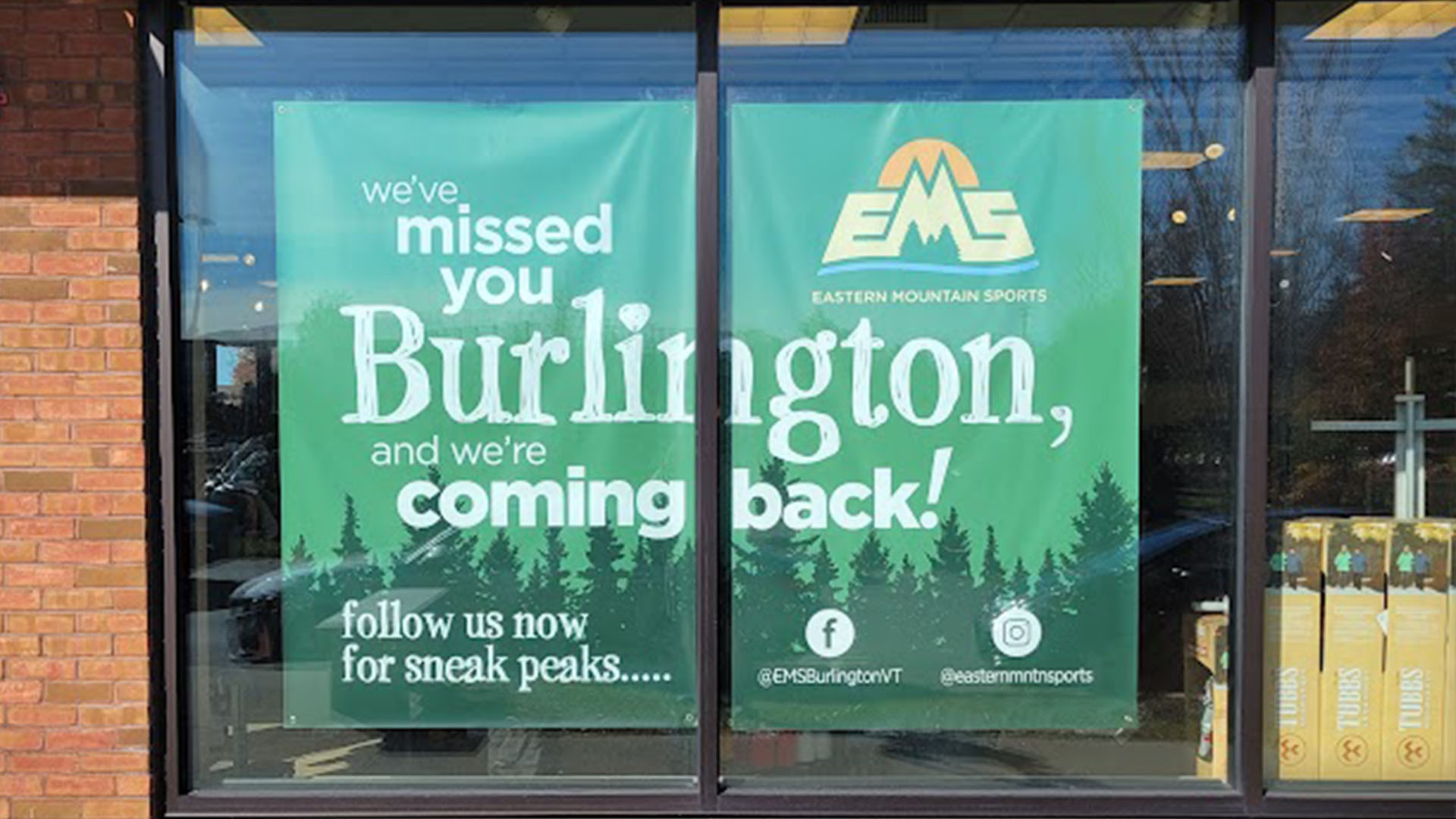 November 2022– Eastern Mountain Sports is opening a new retail location in Burlington, Vermont. The new store, scheduled to open at the end of November, will be located at 59 Garden Street, South Burlington and will serve as a flagship for the outdoor retailer and will demonstrate the spectacular new EMS store concept to be rolled out throughout the Group.
Learn More 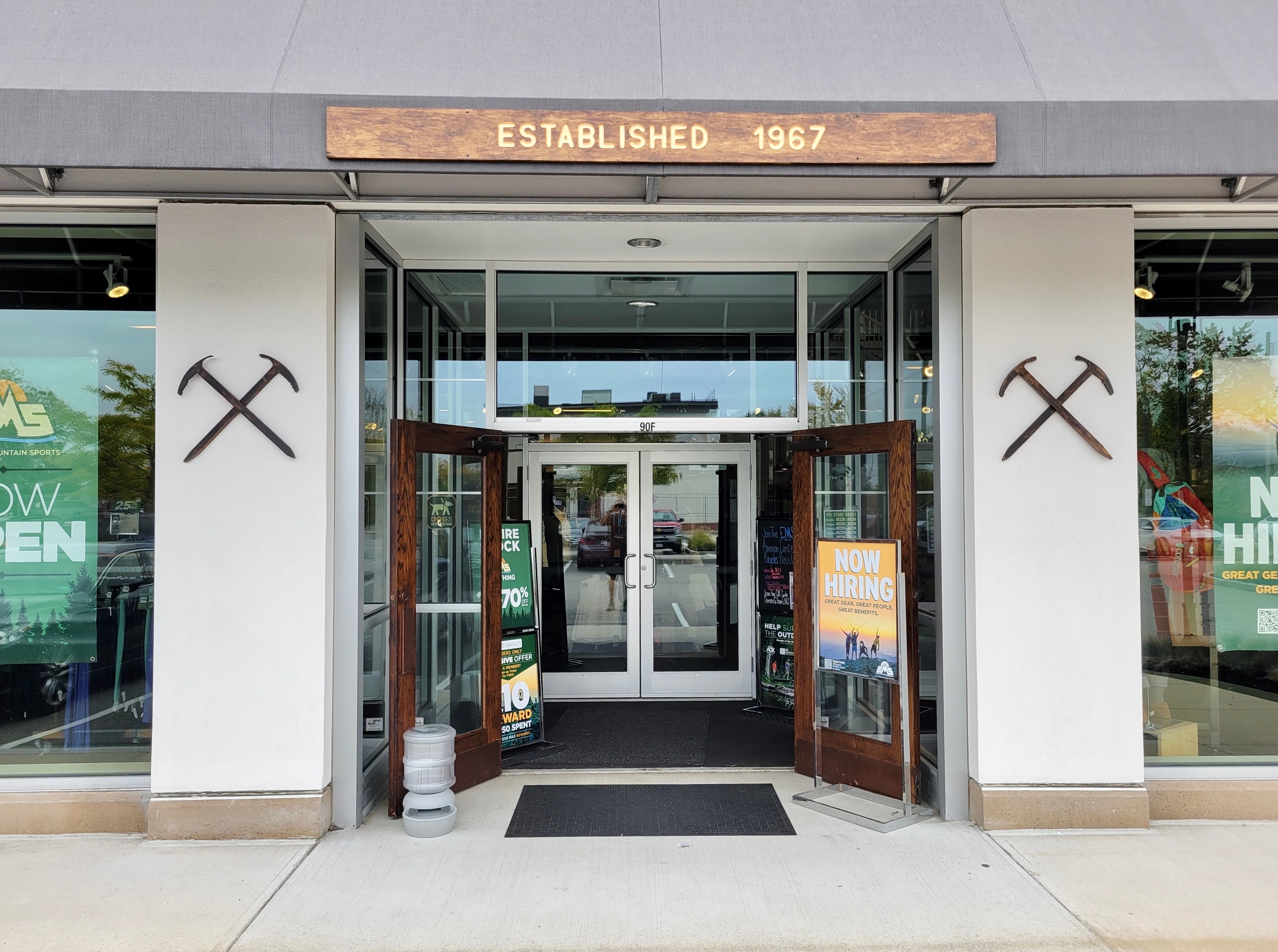 September 2022– Eastern Mountain Sports will be celebrating a Grand Opening in Burlington, Massachusetts from September 23rd to September 25th, 2022. The retail space, located across from the Burlington Mall at 90 Middlesex Turnpike, opened its doors officially on September 16th. This weekend’s event will feature vendor partners, prize wheel, giveaways, coupons as well as promotions within the store.
“We are delighted to be returning to the Greater Boston Metro market. The elevated retail space along with our experienced guides make this an exciting opportunity to serve both seasoned outdoor enthusiasts and those looking to get outside and try something new,” says Dave Barton, EMS President & CEO.
Learn More 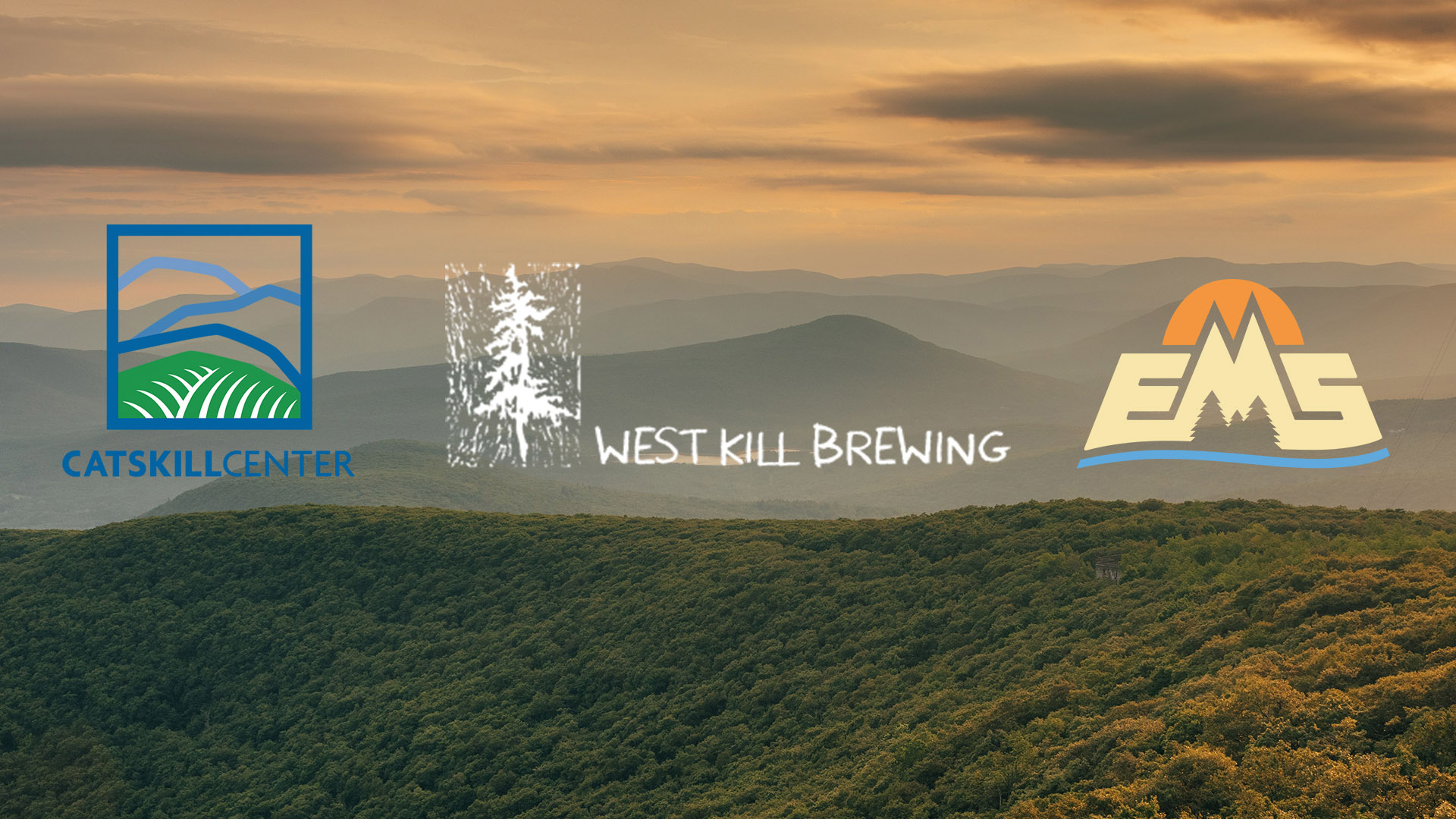 New York (August 2022)– Eastern Mountain Sports has recently announced its second collaboration with West Kill Brewing, slated to release the second week of August. The summer collaboration brew will again benefit the Catskills Center and will be launching at the Hike for the Catskills kickoff event, a fundraising initiative for the non-profit.
Learn More 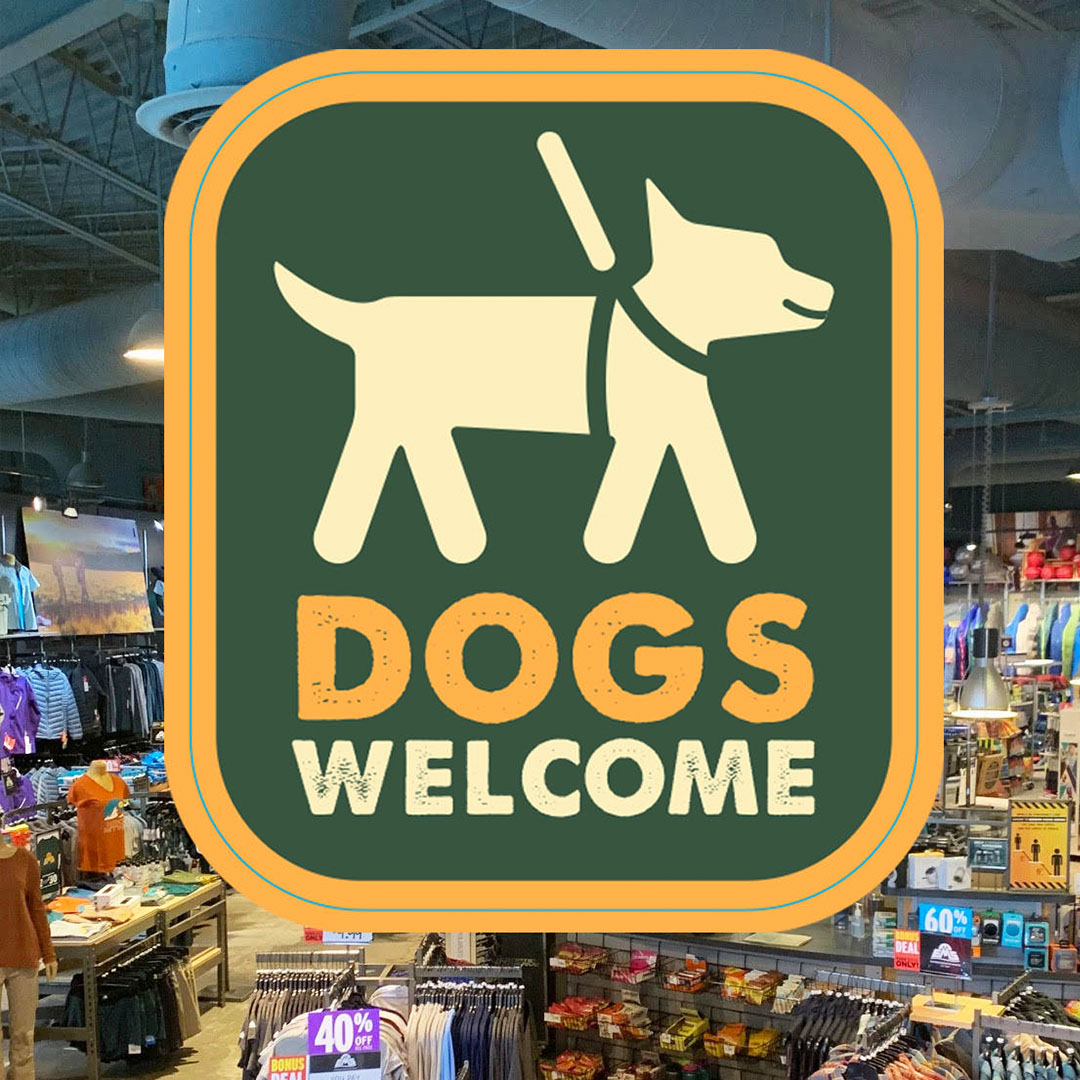 Gorham, NH– Eastern Mountain Sports will be a presenting sponsor of Seek the Peak, the largest fundraising event for the Mount Washington Observatory. Every July, participants from across the country and worldwide gather in the White Mountains of New Hampshire individually, with teams, or as sponsors and choose an adventure to raise funds for MWObs, a climate research center located in the White Mountains of New Hampshire.
Learn More 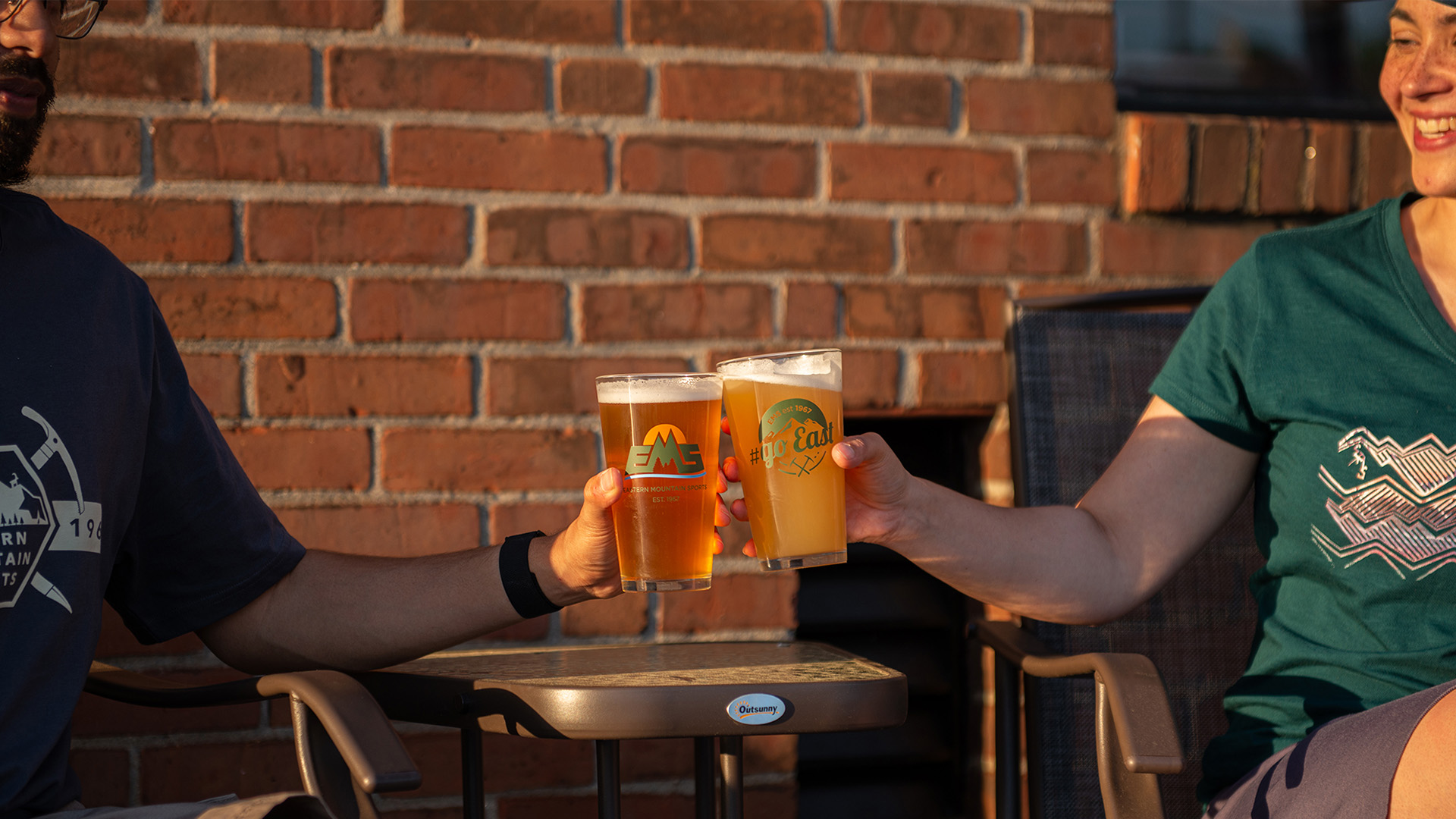 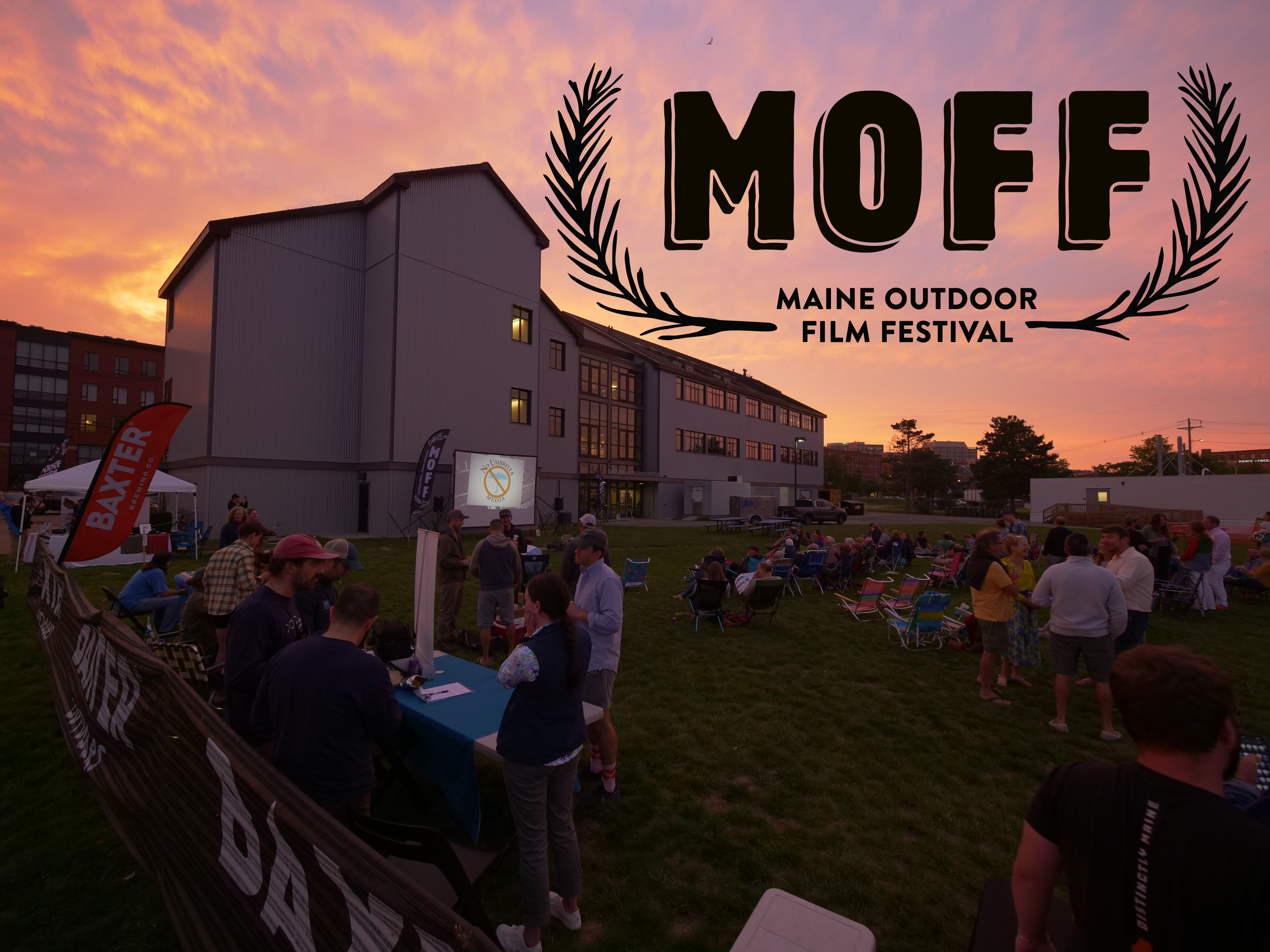 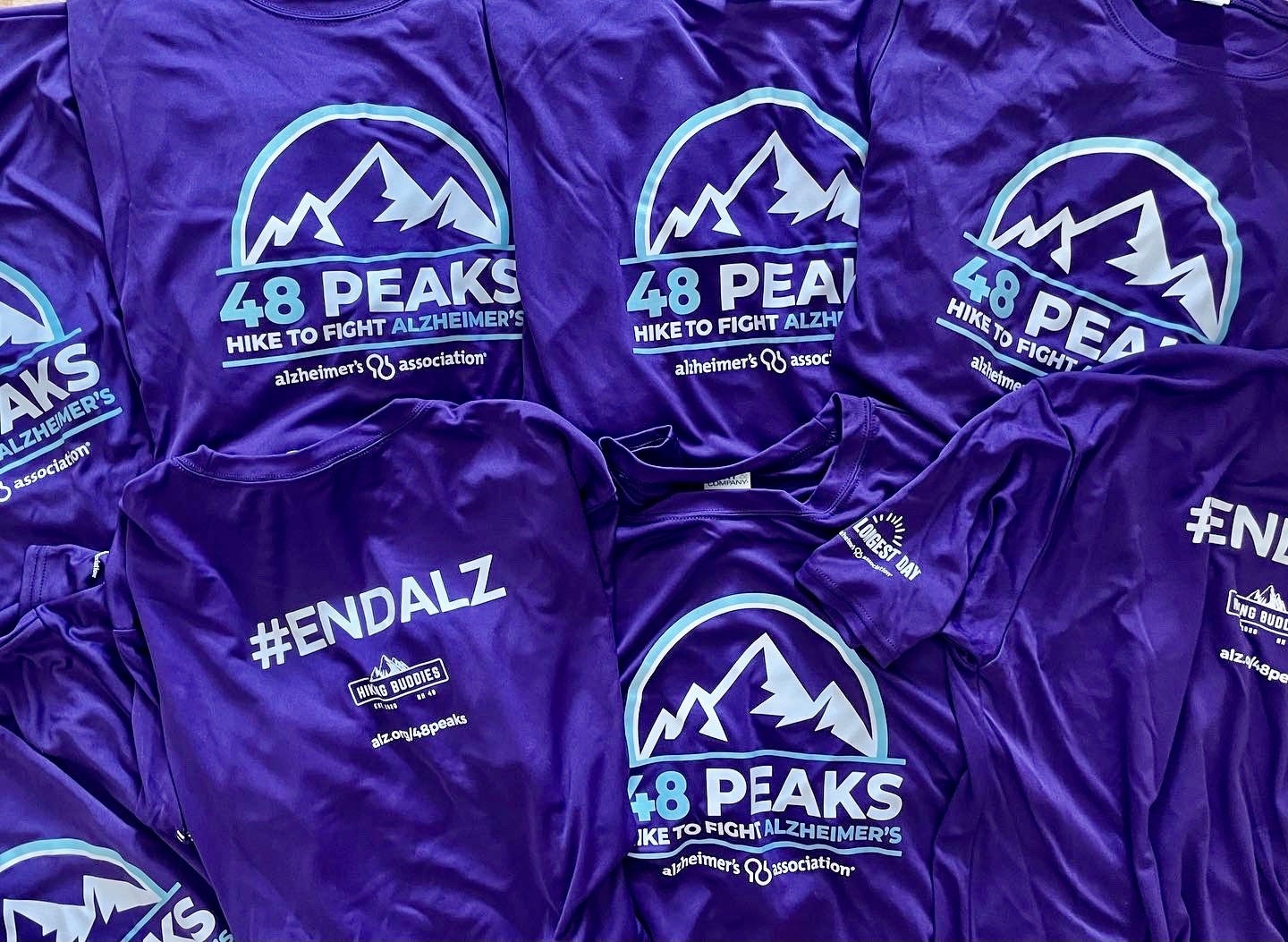 New Hampshire (June 2022)– Eastern Mountain Sports has recently announced its involvement with 48 Peaks, a collective fundraising event for the Alzheimer’s Association’s The Longest Day®. Throughout the month of June, teams hike one of New Hampshire’s 48 peaks above 4,000 feet while raising awareness and vital funds to support research and local families affected by Alzheimer's disease and all other dementia.
Learn More 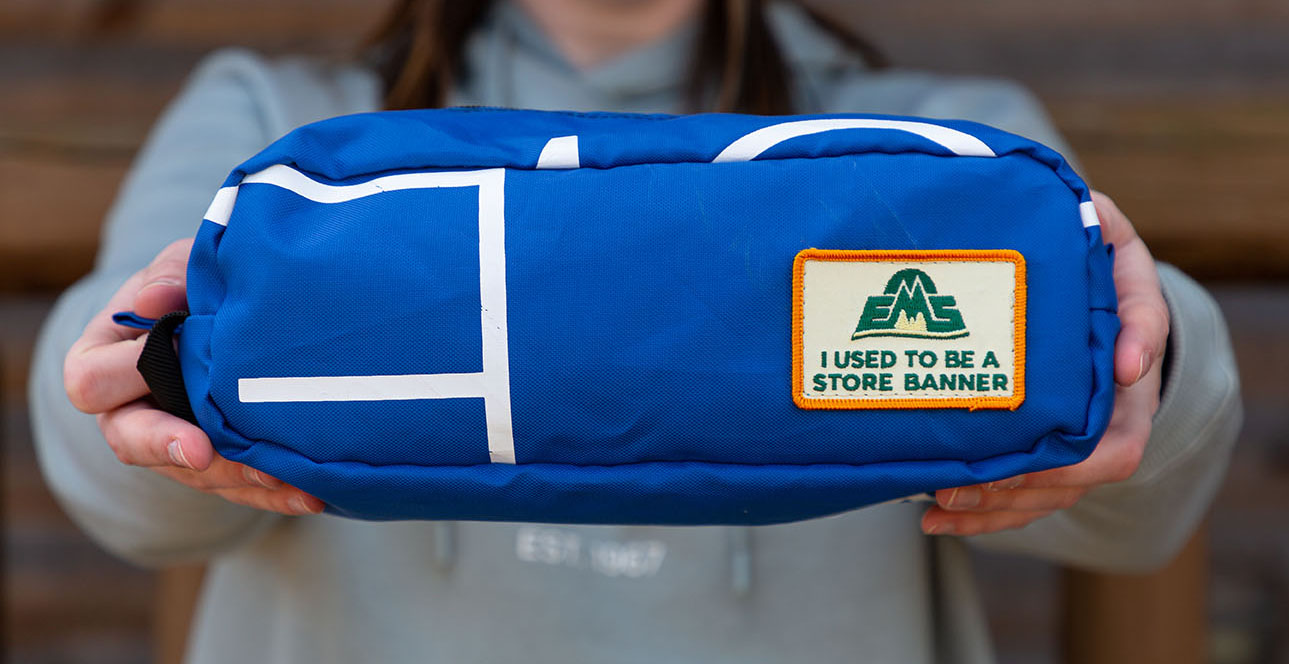 April 2022 – Eastern Mountain Sports has recently partnered with TerraCycle, a world leader in the collection and repurposing of hard-to-recycle post-consumer waste based in New Jersey. The partnership will focus on select upcycled products using raw and pre-production fabrics as well as marketing materials.
Learn More


April 2022 – Eastern Mountain Sports will be a participating retailer in Smartwool’s upcoming Second Cut™ Project, a sock give-back initiative to promote retail circularity. The program, now in its second year, is timed around Earth Day and aims to lessen material waste impact. From April 11th to April 24th, 2022, collection points at EMS store locations will be available for customers to donate used, clean socks (of all brand names) to then be recycled into new products through a partnership with Material Return™.
Learn More

March 20, 2022 – Eastern Mountain Sports has recently partnered with outdoor brand Cotopaxi on a limited edition, co-branded product to celebrate the Adirondack Mountain Club’s 100th anniversary. The windbreaker, featuring a design unique to the partnership and made with 100% repurposed material, will be available at all EMS retail locations as well as on ems.com, with 20% of the product proceeds benefiting the projects and mission of the ADK.
Learn More 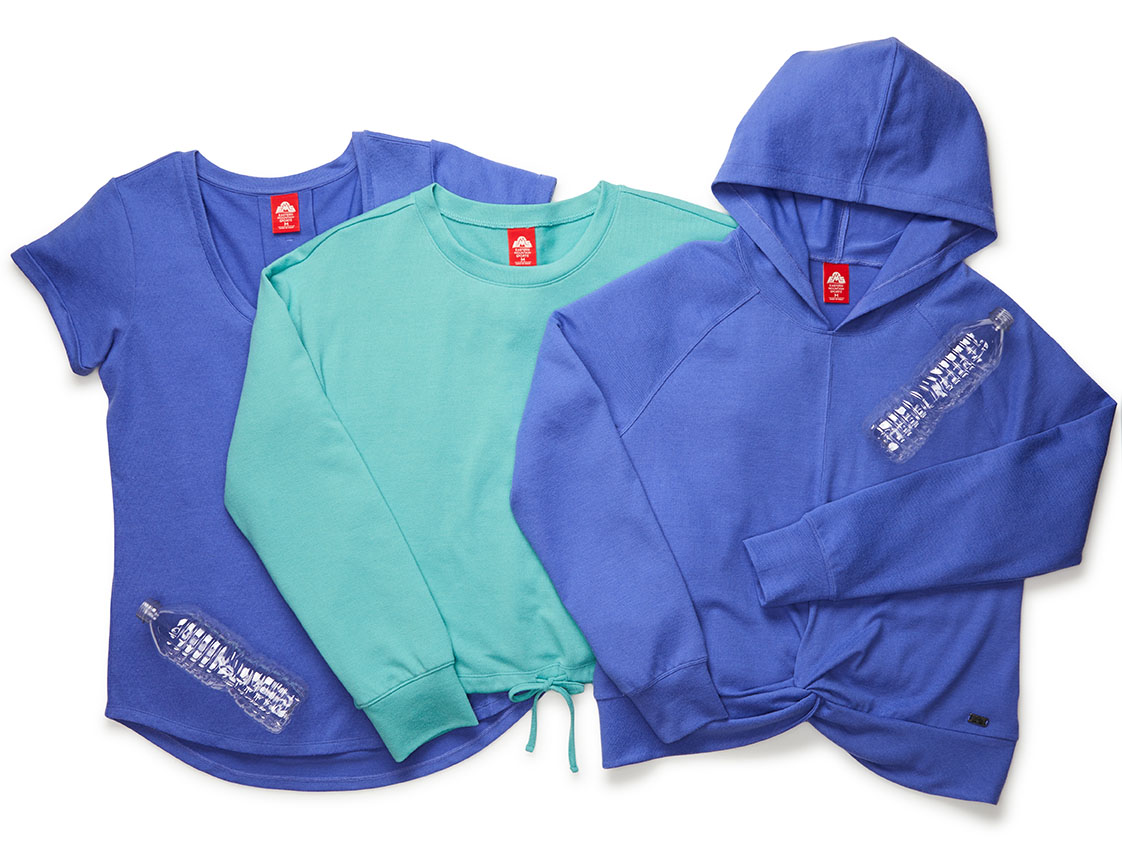 Meriden, CT (March 2022) – Eastern Mountain Sports is launching a new sustainable apparel collection this month. The Softspun series, available in the women’s lifestyle category, is made from a total of 14,156 plastic bottles that are broken down and woven into polyester fiber known as REPREVE®. Made by Unifi, Inc., REPREVE® is the global leader in branded recycled performance fibers, offering certified and traceable high-quality content made from 100% recycled materials— including post-consumer plastic bottles and pre-consumer waste. To date, REPREVE® has recycled over 31 billion plastic bottles.
Learn More

West Kill, NY – On February 5, 2022 Eastern Mountain Sports and West Kill Brewing will be hosting a beer release event in support of the Catskill Center. The event, highlighting “Mountain Life,” a collaboration brew between the two brands, will give proceeds to the over 50-year-old nonprofit through gear raffles, snowshoe rentals, and beer purchases.
Learn More

Made Back East: The Wild White Mountains Eastern Mountain Sports and The North Face Partner on Nature Photography Preservation Film 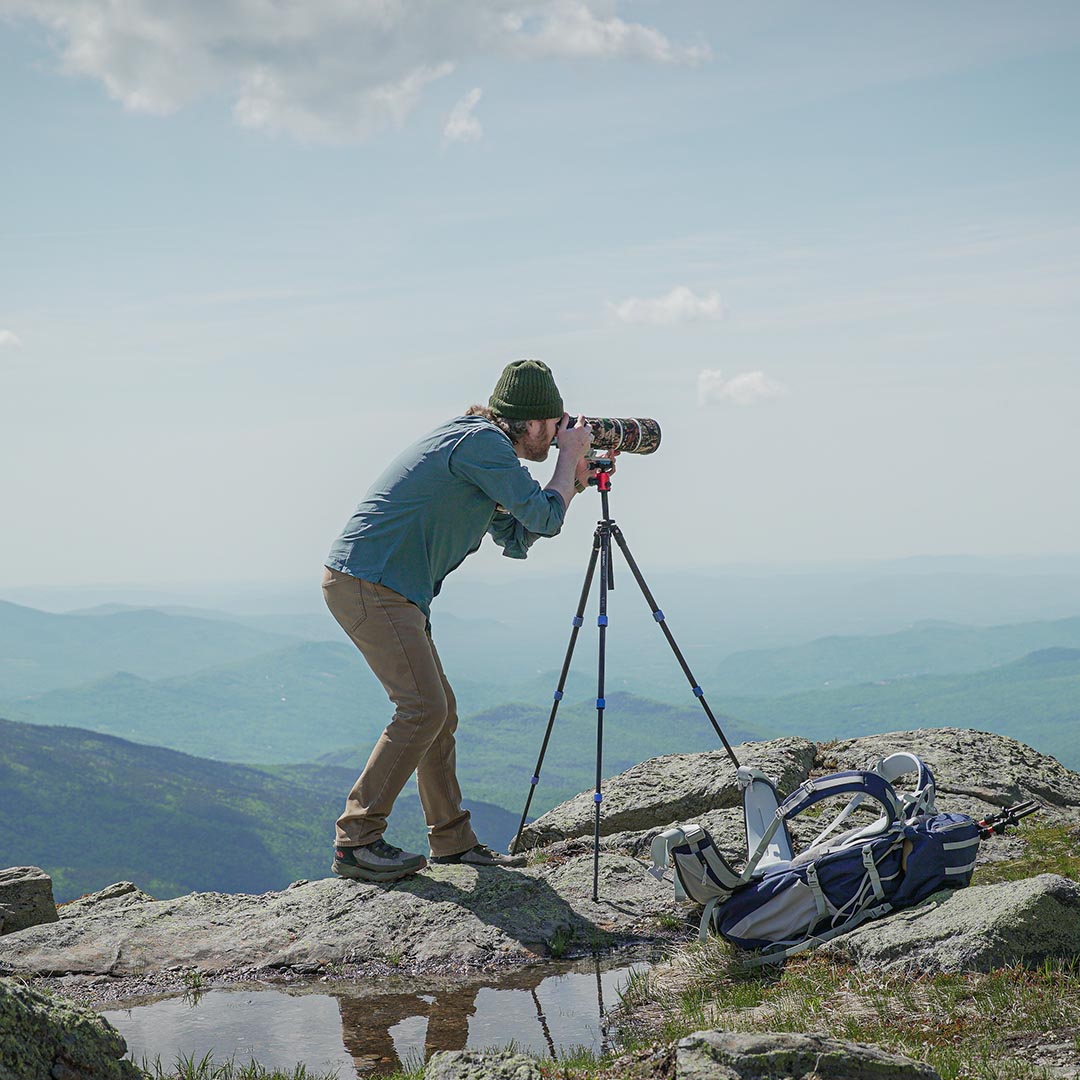 Eastern Mountain Sports has partnered with The North Face and VAGRANTS to create the second film in the Made Back East collection. The film, released on October 15th, highlights landscape and wildlife photographer Shaun Terhune of Littleton, New Hampshire.
“I was thankful and thrilled to see that this film really did capture something of the spirit of this exceptional region I love so much… Wild places like these can really only be saved and preserved if the larger public appreciates them,” says Terhune.
VAGRANTS is a Production and Filmmaking company based out of Boston, Massachusetts. Quotes Director Jack LeMay: “I was hooked by the challenge of (the White Mountains) bony granite, the majesty of their ancient forests, and the rare glimpse of their awesome wildlife. I found Shaun’s photography a couple years ago and could sense that shared curiosity and passion radiating from his images.”
Learn More 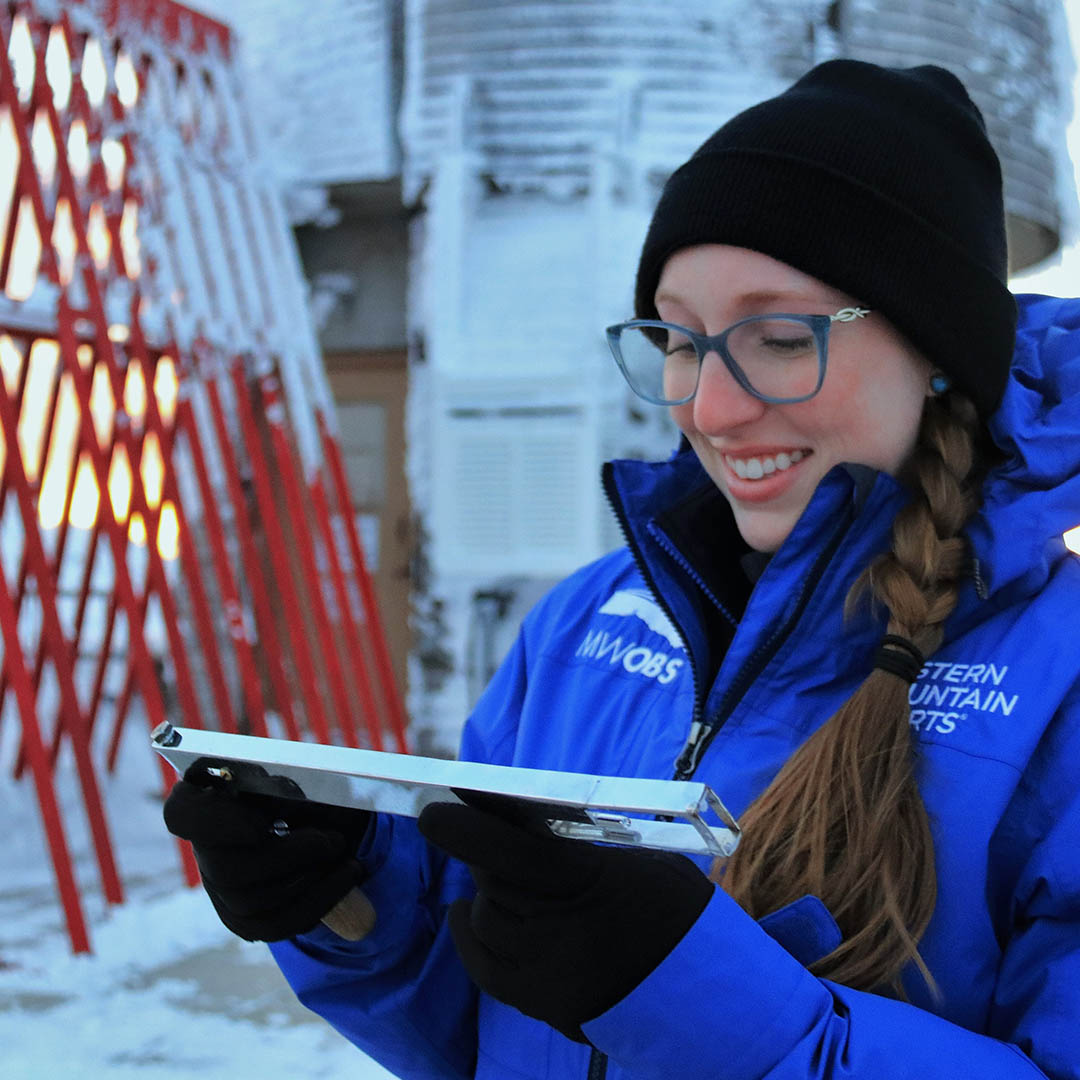 As of March 1, 2021, Eastern Mountain Sports will continue their ongoing partnership with the Mount Washington Observatory, a climate research center located in the White Mountains of New Hampshire. Eastern Mountain Sports will serve as the Official Retail Outfitter of the Observatory for a three-year term, extending its longstanding partnership.
“The summit of Mount Washington is home to the world’s worst weather and wind speeds of up to 231 miles per hour. So it’s both an honor and an obligation for EMS gear to stand up to the challenge when it comes to outfitting the observers and staff up there. They do incredible work,” says Kerry Muricchio, Head of Merchandising at Eastern Mountain Sports.
Learn More

As of May 2021, Eastern Mountain Sports will allow dogs in their retail locations. This policy, designated by decals at the entry of the stores, encourages customers to shop with their (leashed) dogs. “The outdoors are best enjoyed with family and friends. At EMS, our dogs are a part of our family! So it only made sense that we invite our four-legged family members too,” says Kerry Muricchio, Head of Merchandising at Eastern Mountain Sports. Twenty EMS stores (excluding their Manchester location, located in the Mall of New Hampshire) will promote this policy until further notice. The stores will also provide water bowls for customers to hydrate their companions.
Learn More